The Darker Side of Comedy

Goodness it’s been a funny week. As in, strange, as in, not comedic. I had a spot at the Cavern Club’s open mic night, at which I planned to perform some new material I’d been working on. I was a little reticent. This material was going to be different. I had finally written about living with Parkinson’s Disease.

How do you turn a disabling disease into a set of six-minute funny jokes? Not always the easiest thing to do. Still, with a sprinkling of Kitty magic and a lot of perseverance I like to think I pulled it off. Just enough of the serious mixed in with the hilarity that has come to be my life.

But there were some others talking about something that I found very uncomfortable. Should there be limits to what we deem acceptable? I mean, I understand that this was an open mic night and you can expect anything, but where do you the draw the line? I wasn’t going to a Frankie Boyle gig – in fact, as a comedian you’re warned not to be offensive by the venue.

However: some people were talking about suicide. Topical? Yes. Appropriate? I don’t think so. Not for a country that has a serious problem with teenage suicide in particular, and the highest levels since records began twelve years ago. (Why only then?) What kind of person would get up and make jokes about suicide? One well-known Kiwi comic trying out new material clearly thought that it would be amusing. Thankfully I heard embarrassed, awkwardness from the audience. My friend and I on the second row were stony silent. Both of us have lost people through taking their own life. I cannot even begin to explain the pain and suffering they left behind them. The knowledge that someone you cared about felt so desperate to carry out something so drastic leaves you hollow, empty and in my case, with an emptiness and terrible guilt that I had not recognised their need.

Others copied what they clearly saw as a cheap laugh. One performer got stuck halfway through a set and simply said ‘OK – er – suicide?’ and began laughing.

I felt sick and angry.

I want to be a successful comedian. But I do think there are limits. I think there should be limits. I’ve heard the odd swipe at sex trafficking and under-age liaisons, but to see so many people try to turn this into a joke was too much. (To be honest, the sex stuff annoys me too – but that’s just me.)

I try to write intelligent and thoughtful stories. I like to talk about things that inspire me and my life in general. Sometimes it’s just plain silly. But I’d never intentionally cause offence and shock just for a cheap gag. It doesn’t matter if it’s an open mic or a full-on top of the bill performance, some things should be left well alone.

Ultimately you can't win them all and I'm certain there will be those that disagree. However, I would prefer to discuss some subjects in a more fitting manner. I'll leave it to the audience to decide.

Love it or hate it? Opinion is often divided. 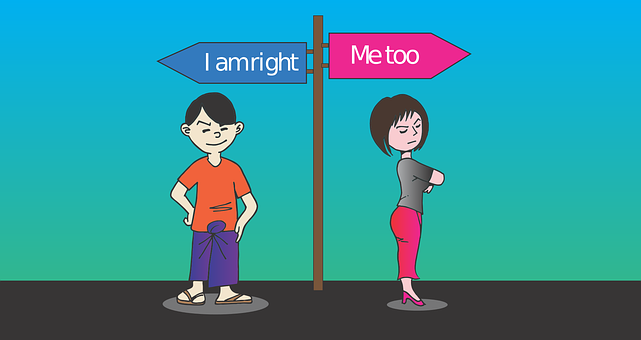