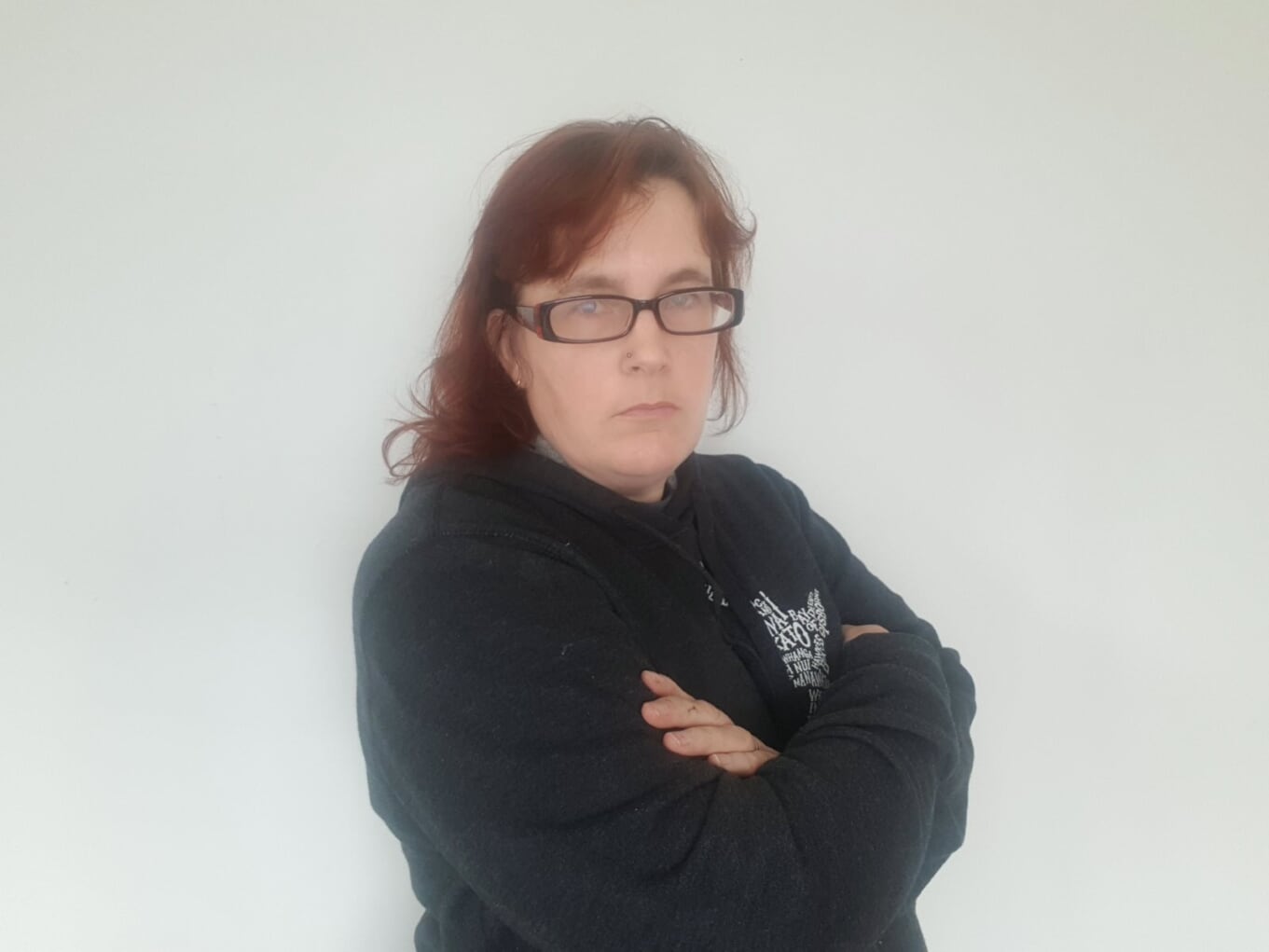 Remember I'd said that I'd written a piece about the way people with Parkinson's (pwp) were depicted? I was worried about possible implications if I posted it, yet once again I found myself cut adrift, alone, and wondering what more could possibly come along to cause me strife. (Actually, there's always more, you have to keep smiling!) It made me realise that there really is only you. You depend on you. Because when it gets right down to it, nobody will ever have your back quite like yourself. Cynical? Sure. But after the last few weeks I've had, it's the position I find most realistic. To hell with repercussions, I'm angry. I'm really angry. I won't be told to pipe down and keep quiet, and here is the piece I wrote.

I’ve been thinking a lot recently about the way people with Parkinson’s (pwp) are often portrayed in the media. It’s a subject clearly close to my heart. When I first heard that I myself had Parkinson’s Disease the very first words out of my mouth were “isn’t that like, really bad?” I thought I was going to die. Well. We’re all going to die, but I certainly imagined my demise was a damned sight closer than it should be.

Parkinson’s Disease. That thing that Michael J Fox has. Is he even still alive? I think you twitch a lot. You sit in a corner and uncontrollably wave your arms and drool. It’s not pretty. How much longer do I have to live? Oh no, what about my life? My life. It’s coming to an end. I’m not ready for it to be over.

News Flash! Having Parkinson’s does not mean that your life is finished. Or even that your quality of life will be significantly diminished. Especially for those of us with early-onset or young-onset Parkinson’s. But you would sure think it was if you looked online at mainstream media pages.

A sketch of a shuffling man in the beige cardigan abound. I don’t actually know if his cardigan is beige, but he’s wearing slippers and a cardigan, perhaps it’s a woolly jumper, but I figure it’s a good bet. He looks unhappy. He looks old. I guarantee you’ll see the image if you put the words ‘Parkinsons Disease’ into a search engine.

There are heaps of images of the brain. Talk of five stages of disease. To be honest, the whole thing is pretty darned depressing. What you don’t see anywhere is pictures of positivity, of full, happy lives, of smiling people. You rarely see anyone under the age of sixty.

“I must be alone” I thought, as I myself, newly diagnosed with this incurable, degenerative disease, scrolled through online media. In desperation for some good news I looked at some of the sites committed to helping those with the condition. Some of them National Charities. Surely they have a more outward-looking view?

At time of writing One has an image of a lady of clearly significantly advanced years holding a walker. She’s clearly concentrating hard on moving, but the age of the person makes you ponder if she needs the walker due to Parkinson’s or her long life. I mean, good for her, she’s happy and she can clearly walk with some aid. Well, I suppose that’s good. Her carer looks on, a kind smile on her face. One that seems to say “Well done, little old lady, look at you shuffling around on your own. Aren’t you doing well? I’m here to hold your hand if you need it.” I hesitate to use the word patronising, but there it is.

Scrolling down the page there is another image of the same lady. She’s sat in some kind of waiting-room chair with her carer’s arm around her as if to say “don’t worry, I’m here to help you.” There are two other images, both containing older people.

There are ample places to offer donations of money. Clearly a charity in need. There is also much talk of carers and nurses and nursing.

I’m 45. I have a young family. I’m reasonably fit, and I’m keen on tramping. I read a number of stories about people who can no longer do the things they love due to this diseases. My heart sinks. The one article about someone with young onset Parkinson’s explains that a mobility scooter is now required. To be quite honest, I feel like chucking myself under a train.

I’ve had Parkinson’s for about five years now. Well, I’ve had it longer I guess but I’ve been diagnosed a while. Unless you know me well, or are around first thing on a morning or late at night, you’d never know I suffer. I don’t feel that I need a nurse. Maybe one day I will, but won’t a large portion of us at some point need one, regardless of our situation? I know that the nurses deserve recognition of their qualifications, but couldn’t they be called something like patient advisers? I even struggle with the word patient, but I guess client sounds too privatised and formal.  I exercise most days and do whatever I can to keep this awful thing at bay.

I know I can’t stop it. I know it will inexorably advance upon me. However, I can improve my mobility, be as fit as I can, eat well and stay as positive as is possible. I must point out these images don’t help. The words in the articles drag me down and make me feel helpless, that my fight is useless in the face of this clearly immobilising and disabling disease.

My entire point here is that these agencies really should know better, but for some reason they don’t appear to have the first idea what the very people they claim to represent actually need. We need positivity, images of independence, success stories. People that look like us. What do we look like? Like people. Normal people going about our everyday lives. Because we are normal people, going about our everyday lives.

Parkinson’s is a horrible disease, there’s no arguing that point. Yet what we need, and I cannot stress this enough, is stories that inspire and uplift. Especially for the newly diagnosed. Impressions from people that are living, not those that have lived.

I’ve heard comments from some “My Uncle had Parkinson’s. He was like you, pretended it was all fine, but it got him in the end.” You can get stuffed. I might not get much worse than I am today. There are so many such inspiring stories out there of success and determination. It’s easy to roll over in apathy and despair, especially when mainstream media shows you how hopeless your situation is.

I say no. I will not accept this ridiculous caricature of Parkinson’s and PWP. I refute it and your images of sadness and distress. I will fight this disease, and your stereotypical view, every step of the way. There is a better way.

If you have Parkinson’s, or know someone that does, paste a smile on your face and trust me when I tell you that it’s not the end. It’s just the beginning of something a little different. If that’s different negative or positive is entirely up to you.

Don't forget to follow me on Facebook and Twitter. I can't promise the most exciting stuff, but I would be grateful of the add. It would make me feel like I might be special. I write about life, my children, comedy and Parkinson's. Thrilling stuff.

You can also subscribe to my weekly email that delivers all my new content straight to your inbox. It's in the footer. Just keep scrolling.  Just once a week. Only if there's new stuff. Only if you want to.

Go on. You know you want to.